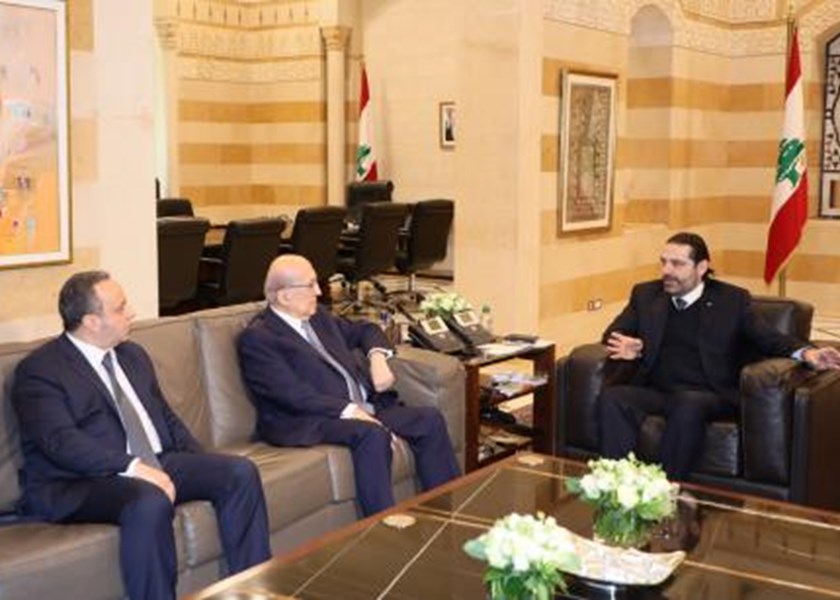 The President of the Council of Ministers Saad Hariri received today at the Grand Serail the Chairman of the executive committee of the Union of Arab Banks Joseph Torbey and the Secretary General of UAB, Wissam Fattouh.

After the meeting, Torbey said: "We had the honor to meet with Prime Minister Hariri. We presented to him an invitation on behalf of the Union to inaugurate this year's annual conference. Beirut has been chosen to host the meetings of Union's General Assembly, in the presence of most Arab banks and its board of directors.

The Union will also hold an important conference on April 23, which will be opened by Premier Hariri, under the title "Economic Reforms and Governance." This issue is very important in Lebanon and most Arab countries that are facing the kind of challenges we are facing in our country on the economic level. There will be statements from a number of important figures in the Arab world to discuss the issue. We hope Lebanon will embark in the coming weeks on the economic reform plan that begins with budget reduction, electricity and other issues. Premier Hariri, the government, the President and Parliament are trying to form one team in order to discuss the reform plans because such plans require political consensus and speed and any delay may be at a very high cost. We hope to see the required economic reforms in Lebanon in order to be able to talk about the beginning of solutions at the conference."
Share on