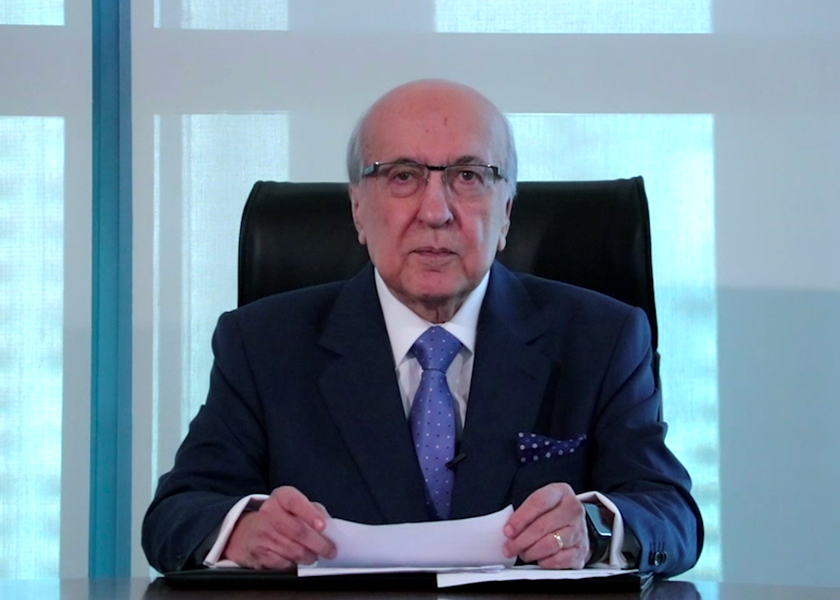 in cooperation with the U.S. Department of Treasury & the Federal Reserve Bank of New York, on:

The Union of Arab Banks has long been a partner to the US Treasury Department, where we continue to work closely together towards building capacities and sharing information among Arab banks and financial institutions, through the organization of a large number of seminars and conferences. The topics covered have mainly focused on AML/CFT, fighting corruption and implementing the latest recommendations of international bodies such as the OFAC, the MENAFATF to name but a few.

Based on the above, it is clear that the fight against illicit money laundering activities is a priority in preserving any country’s stability, under all its forms:  political, economic and social.  It is also clear that fighting money laundering is a tool to combat corruption, namely by focusing on curbing illicit finance.  Consequently, “following the money” in financial sectors is undoubtedly an important pillar of sound banking practices and a corporate obligation that helps root out corruption, to preserve the dignity of people and the future of nations.

In this context, Transparency International, a non-governmental organization founded for the sake of combating corruption published last week its “Corruption Perceptions Index” (CPI) covering the year 2021. The index, which ranks 180 countries and territories across the globe, based on their perceived level of public sector corruption, uses a scale of scores ranging between “0” (highly corrupted) and “100” (highly transparent) for 13 different data sources from 12 various institutions, averaged to capture the perception of corruption over the past two years in each country. The report revealed that the vast majority of countries have recorded little or no progress in their attempts to end political corruption over the past decade, while adding that the COVID-19 pandemic has been used as an excuse by many countries to suppress basic freedoms. In this vein, CPI results showed that more than two-thirds of countries and territories covered in the report scored below 50, with an average overall score of 43. Moreover, the best performing region was Western Europe, while the worst performing region was Sub-Saharan Africa. The report noted that since the year 2017, many countries managed to record major improvements in their CPI scores, while others have seen significant deterioration.  In figures, Denmark, New Zealand and Finland shared the first place in fighting corruption, while the Middle East and North Africa region continues to struggle to attain tangible results in the fight against corruption.

Speaking of Lebanon, this small country located at the cross-road of different civilizations and ever conflicting geopolitical interests, brings many assets to the Middle East in terms of democracy, liberal and high multilingual education, freedom of speech and openness.  Unfortunately, this once-flourishing country in the region has witnessed in 2020 a historical first sovereign default on the payment of its foreign debt, while dealing with a political crisis, a pandemic, the Beirut Port Blast, and the heavy weight of Syrian refugees.

The World Bank described Lebanon’s deliberate depression as orchestrated by the country’s political class, and in this context, the US Treasury took action against some Lebanese business men and politicians and designated them on the OFAC Sanctions Lists accusing them of illicitly enriched themselves and their associates.   Following these designations, banks have closed their accounts and also identified associated accounts and reported them to the SIC (the Special Investigations Commission on fighting money laundering and terrorism financing) in Lebanon.  As partners in the global efforts to combat the financing of terrorism, and as an active member of the Middle East and North Africa Financial Action Task Force (MENAFATF), Lebanese banks continue to engage in a good-faith-effort to address corruption and terrorism financing under all its forms.

While the road ahead is surely not easy, and at a time where enormous reforms remain direly needed - with the most important being political reforms, we remain confident that once stability is reached and obstacles to the country’s recovery are overcome, Lebanese banks will re-assume, once again, their vital role in driving economic prosperity and growth, by re-offering a trustworthy financial system in full compliance with international rules and regulations.

To sum it up, the Arab and MENA regions are areas of political instability jeopardized by social conflicts, uncertainty and political corruption.  Our banking sectors are well aware of the danger of the situation, and with the international cooperation, Arab banks that are placed at the forefront of the battle, can fully play their role as economic drivers that ensure financial inclusion, stability and sustainable development to their communities, while acting as the first barriers to corruption and infiltration of dirty money to the international financial system.

Hence, the importance of such seminars of the UAB with the US Treasury and the Federal Reserve, where communication paves the way to better collaboration.

Thank you for your active listening. 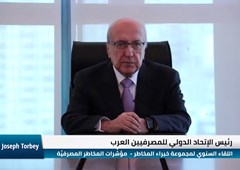 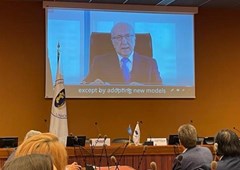