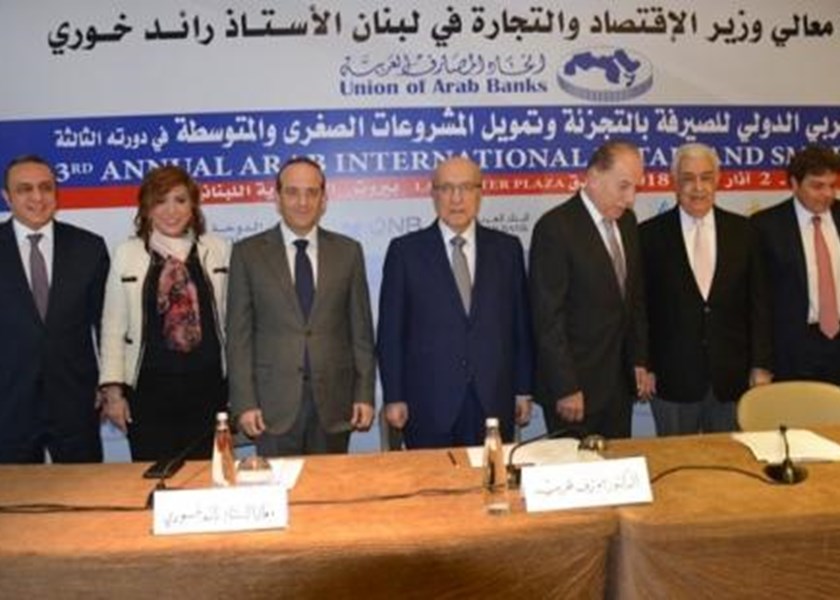 BEIRUT: Bank loans to individuals in Lebanon stood at $18.8 billion at the end of November 2017, representing 32 percent of the total loans granted to the private sector, the head of the Executive Committee of the Union of Arab Banks Joseph Torbey said Thursday. Torbey was speaking at the opening of International Arab Forum on Retail Banking and SMEs Financing at the Lancaster Hotel in Beirut.

“Retail banking is an important part of the bank’s lending activities and is a significant factor in its credit portfolio,” he told participants at the forum.

“According to banking statistics, individual loans accounted for the lion’s share of the financial sector. These loans are concentrated on individual consumption and housing rather than on infrastructure and large investment projects,” he added.

Torbey also cited examples of loans to individuals in some Arab countries. He said that in the United Arab Emirates, for example, the loans to resident individuals represented 32 percent of the total credit line to the private sector.

He added that these loans consolidate the growth of banks and also contribute to the spread of banking culture among citizens at different levels.

“Banking services also touch new segments of the society, which contribute to economic development and contribute to increasing deposit growth rates in banks due to the increasing tendency of individuals to deposit their savings instead of keeping them in their homes,” Torbey said.

He also underlined the need to spread the financial inclusion culture in the Arab states in order to serve all the communities.

Financial inclusion aims at reaching segments of the population that do not have a bank account.

One of the ways to reach this segment is by offering them affordable banking products and services.

Economy and Trade Minister Raed Khoury also emphasized the importance of financial inclusion and soft loans to the small and medium size businesses in Lebanon and Arab countries.

“Numerous experiences in the Arab countries have proved that any increase in domestic and foreign investments will be accompanied with an advanced banking sector. Banks plays a vital role in economic growth,” the minister said.

He added that banks usually facilitate the procedures for financing the economic sectors and most notably SMEs, which employ the bulk of the working class.

“The role of banks lies in the development of the economic wheel and its reflection on job creation and in simplifying financing procedures for various economic sectors and credit conditions, especially for the small and medium size sector, which is the largest employer of manpower,” Khoury said.

Citing figures by the World Bank, the minister noted that the average collateral requested of the customers in Lebanon is sometimes much higher than the size of the loan. He added that collaterals requested in north Lebanon are seven times higher than the loans given. 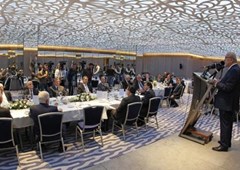